Shriveled Loofas Are Not Pretty

I have been going on and on for over a year about how I am growing loofah to give as Christmas gives to my friends and family. That didn’t work out quite as I had planned. Christmas was two months ago, and I just harvested my huge crop of loofah. It was three. I harvested three loofahs, two months after Christmas. I am not giving up ion the little buggers just yet though. I am working with hubby to set up a temporary trellis outside my youngest baby basset’s window to see if I can improve the growing conditions for the plants and try to produce more on the second try. I would show you a picture of my harvest, but I am having a real hard time making them look pretty. Maybe tomorrow I will have a pretty picture. But lets face it… they are ugly. 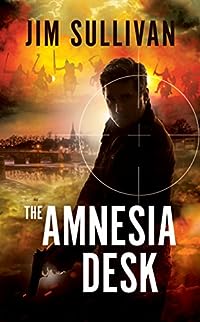 When archaeologist Lee Jackson takes an experimental drug he starts having vivid hallucinations about the deep past. But are they hallucinations or actual ancestral memories? And why are they dominated by memories of battles?

But while most of Jackson’s memories are from centuries ago, one is from the recent past, and it’s a threat to the very existence of the CIA.

Jackson has to die.

The Amnesia Desk send their finest to Britain to deal with the threat. But there’s something they haven’t counted on: Lee Jackson has access to centuries of combat experience. This is a fight the Amnesia Desk wasn’t expecting.

The Amnesia Desk is a gripping action thriller. If you like stunning twists, flawed heroes and edge-of-the-seat suspense, then you’ll love this unforgettable page-turner by Jim Sullivan. 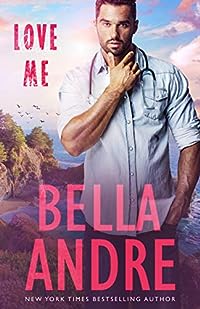 Love Me (Take Me Book 2)
by Bella Andre

If there’s one thing that Janica Ellis is absolutely certain of, it’s that she and Luke Carson are totally wrong for each other. She’s a wild, artistic, and outspoken fashion designer. He’s a type-A, workaholic trauma surgeon. But Janica is about to be proven wrong when opposites attract… in the sexiest possible way.

After a life-changing night in the ER, Luke is desperate for escape–and relief from his personal demons. For five years he has fought his attraction to Janica, but when he’s pushed too far, he can’t fight it another second. He needs her. Desperately. He’s spent his whole life doing the right thing. For one night, he’s going to follow desire instead–straight into Janica’s arms.

Janica can’t believe Luke is finally at her front door… and that he’s kissing her as though he’s been waiting his whole life to touch her. But even as their sensual connection deepens with every touch of skin on skin–and the man she always thought was such a good boy turns out to be sinfully, toe-curlingly bad between the sheets–Janica soon realizes she wants more than Luke’s body. She wants his heart too. But what will Luke do when one night of extreme passion turns into an all-or-nothing proposition? 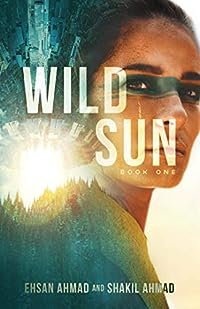 On a world enslaved, the last embers of hope are fading into an unrelenting darkness. Conquered and broken, the natives are forced to ravage their own lush planet of its natural resources — all for the glory of a mysterious empire they’ve never seen and barely comprehend.

But not all light is lost. In the heart of one young woman alone, the gods have set a flame that cannot be extinguished. Cerrin remains as fierce and unyielding as the planet itself. And her chance to strike is fast approaching.

Above the skies of her home world, soldiers of the empire are welcoming their new civilian commander — a vicious nobleman blinded by hidden ambitions. When the new face of darkness turns its eyes on Cerrin, the fate of countless worlds will change forever. 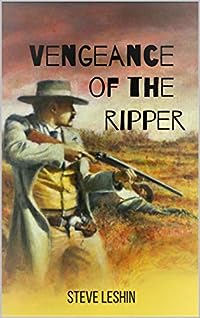 The book that introduced Joshua Oates as a police captain in 1908 Los Angeles, California. Before he became a private investigator, Joshua Oates commanded a police squad . Read how he helped Wyatt Earp and Bat Masterson stop Jack the Ripper and a deadly arms dealer named Karl Von Hatteburg. before the start of World War I.
The hunt for the Ripper uncovers a conspiracy that involves an international arms dealer, the Crown Jewels, and President Theodore Roosevelt. Action and intrigue a few short years before World War I takes the reader to the seamier streets of the “City of Angels” and the desert sands of California. 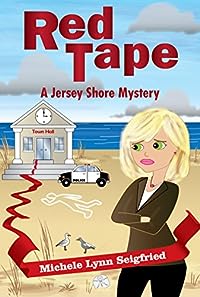 What do you get when you combine a mystery with a touch of comedy and a pinch of romance? Red Tape. A little something for everyone!

Municipal Clerk Chelsey Alton gets more than she bargained for when she encounters an irate resident and loose cannon, Robert Triggers. Triggers has been harassing the employees in the small, Jersey shore town where she works and he becomes the prime suspect when multiple attempts to sabotage the municipal building are made. Chelsey begins to piece it all together and finds herself framed for a crime she did not commit. She narrowly escapes several attempts at her demise, only to find herself in a much more precarious situation. Will she make it out alive or end up a tragic victim at the hands of a madman?