Chronicles of the Third Realm War by E. J. Wenstrom

Torn apart by war and abandoned by the gods, only one hope remains to save humanity. But the savior isn’t human at all. Winner of the Royal Palm Literary Award for Book of the Year and First Place for Fantasy, Chronicles of the Third Realm War by E. J. Wenstrom is an amazing series that fans of fantasy and action won’t want to miss. Grab your copy TODAY! 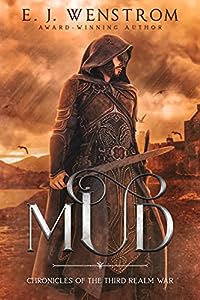 Trapped by his maker’s dark command to protect a mysterious box, Adem — an unlikely hero — is forced to kill anyone who tries to steal it.

When a young boy chances upon Adem’s temple, he resists the lure of curiosity and temptation, intriguing the golem.

The boy and his sister convince Adem to go against his maker’s edict, leaving the refuge of the temple. But their adventure soon lands them in a web of trouble.

Now Adem will do whatever is necessary to keep his new young charges safe, even if it means giving up the only thing he’s ever truly wanted… a chance at a soul of his own. 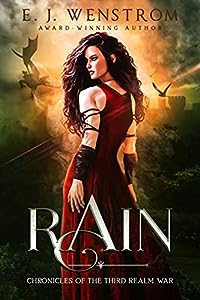 In the beginning, everything was perfect, but something in the middle realm of Terath has gone terribly wrong.

After Nia’s father dies from a mysterious illness that even the gods’ First Creatures cannot stop, she grows in isolation amidst the fear and suspicion from her village. So, when an impulsive moment leads to a passionate romance with an angel, Nia will stop at nothing to keep them together, even defy direct orders from the gods themselves.

Meanwhile, the middle realm of Terath begins to show cracks. Both First Creatures and men grow angrier at the gods’ disinterest, and everything the gods put in order begins to unravel. When Nia’s angel steals magic from one of the gods to enchant her parting gift, it causes a rift that triggers a downward spiral.

This novella is a Chronicles of the Third Realm War prequel. 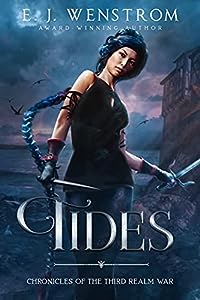 Rona didn’t ask to be brought back from the Underworld, and now that she lives again, she’s angry enough to raise hell.

It’s a good thing too, because hell is coming for her.

As the realm braces for another battle between the Gods and the demigods, Rona’s fate is entangled with the unlikely heroes responsible for bringing her back: a golem marked by the Gods and a man with the touch of luck upon him.

As this questionable duo faces the unknown to save the world from destruction, Rona will be damned if they’re going to stop her from joining the adventure.

Together, they embark on a quest to end the war before it begins. For if they cannot prevent the chaos of the demigods, the middle realm of Terath will be torn apart.

Will this band of misfits overcome the odds? Only destiny knows. But if Rona cannot defeat her haunted past, then a mystical war may be the least of her worries. 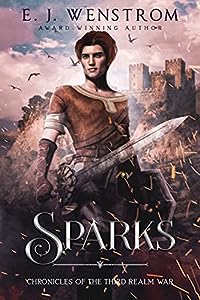 Being Chosen by the Gods doesn’t mean much when They have abandoned you.

Jordan was raised to save his people from the coming war. All his life he has trained to eliminate the rebel army of demigods and demons foretold to turn the middle realm of Terath to dust.

Now, the final battle has arrived. But everything that made Jordan special is stripped away — his prophetic ability to hear the Gods, his leadership over his people, and even his faith.

As the rebels send a new threat — the most powerful wizard of all the ages — to destroy Jordan and the people of Haven, he has never felt more lost.

So, when the golem who served as Jordan’s only friend and childhood protector disappears, Jordan ventures to solve at least one problem in his dark, broken world, even if it means breaking into the Gods’ home and hunting Them down.

No matter the cost, he’ll bring back a soul for his friend… or die trying.